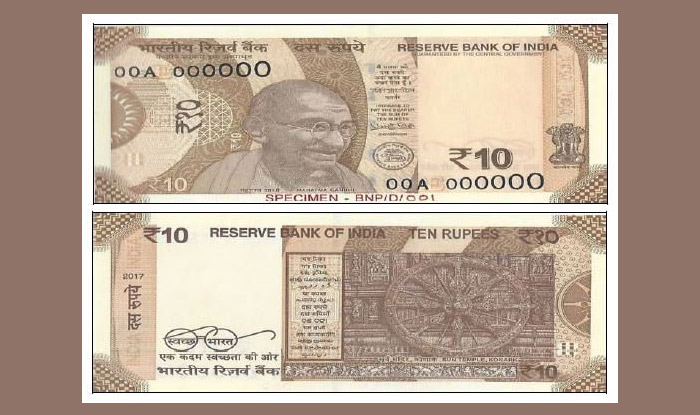 The new denomination of Rs 10 notes will have motif of the Sun Temple and the famous Konark on the back side, which reflects the India’s cultural heritage. The Rs. 10 note is gaining increasing popularity due to its chocolaty color. The official statement of RBI has said that all the bank notes will be denominated and the new Rs. 10 note issued will continue to be legal a tender.

Highlights of the new Rs. 10 Note

As per the RBI statement, the front site of the note, there will be a windowed demetalized security thread with inscription ‘RBI’ and ‘Bharat’. There will be a guarantee clause, RBI’s emblem and Governor’s signature with a promise clause towards the right side of Mahatma Gandhi’s portrait. The reverse side Swachh Bharat logo and slogan. Besides, the Ashoka Pillar emblem will also be seen on the front right side of the note with electrotype 10 watermarks. On the back side of the note, on left side there is year of printing is printed.