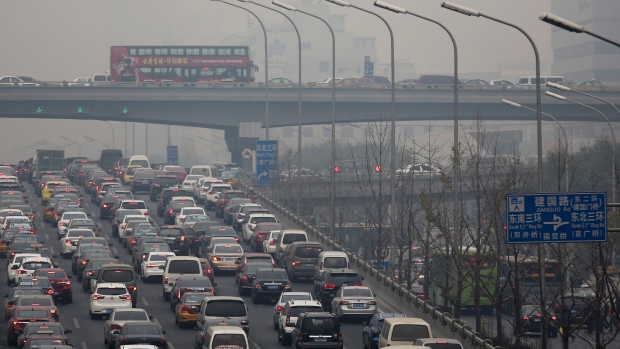 Along with the rise in the number of wheels on the road, the pollution is also hiking, damaging the future in a great way. Hence, the government of Beijing has put a restriction in registering new cars in order to bring the pollution n control.

As per the new regulation, a limited number of license plates will be registered in 2018. This will contribute greatly to deplete the air pollution and traffic congestion in the Chinese capital. The quota of buying cars will also be reduced to a third of the existing number.

A lottery will be held to allotvehicles to the owners, which was launched way back in 2011 to curtail the traffic jams of the smog-prone areas. This step will be taken seriously to take a strong control over the elevating environmental issues.

It has also been decided that out of the 100,000 registrations, 60% of the quota will be saved for new energy cars and the rest for the non-renewable sources of energy. In fact, Beijing has 137,800 registered electric cars.

To offer ease of usage, the city will be engaged with 1,895 charging ports, which will also motivate people towards the electric cars.

China has taken a further step to promote agreener city by putting a ban on the manufacturing of cars that run on traditional fuel. In the endeavor to controlling traffic jams, the metro lines will also be expanded up to a total of 900 kilometers, as per Rong Jun, deputy director of Beijing Municipal Commission of Transport.