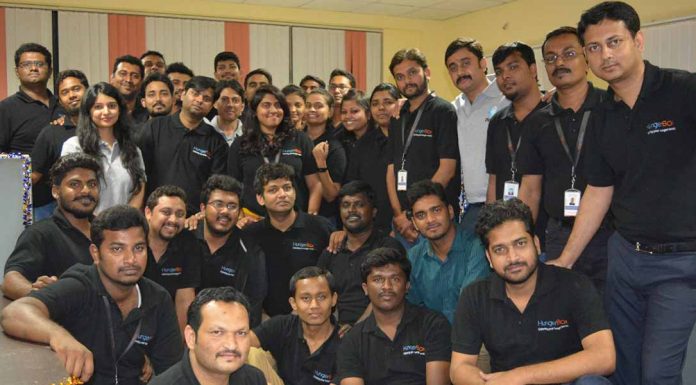 The B2B food-tech firm, HungerBox, has declared the conclusion of $2.5 Million in round A of pre-series funding headed by Kris Gopalakrishnan (Infosys co-founder) and Lionrock Capital. “The financial support received from marquee sponsors will drive our capability to expand our processes to keep speed with the grip we are witnessing for our management solution of digital cafeteria,” Sandipan Mitra, co-founder and CEO of HungerBox, claimed to the media in an interview.

He claimed that business of HungerBox has expanded extremely over the course of past 15 Months with almost 7 Million orders placed on the platform of the company till date. “We are reporting over 120,000 every day orders and anticipates scaling this to 0.5 Million orders every day by the end of this year,” he claimed.

Founded in 2016, HungerBox is a food-tech and full stack firmed aimed on the B2B sector and runs 100+ digital cafeterias for over 75 corporate customers comprising Microsoft, Qualcomm, Accenture, FirstSource, Genpact, CapGemini, Amazon, ABB, and McKinsey, all over Chennai, Bangalore, Mumbai, Hyderabad, Delhi/NCR, Pune, and Jaipur. HungerBox claimed that its tech-supported solution allows “end to end” management of digital cafeteria with the proprietary technology platform of the company linking food sellers to workers within customer organizations via a customized mobile application obtainable to each worker.

“There is marvelous potential for modernism in the space of B2B food-tech since corporate investments on F&B are already huge and increasing every year. HungerBox manages this large sector with an end-to-end solution and an effortlessly scalable model that offers a win-win to workers as well as to corporate customers,” Kris Gopalakrishnan claimed to the media.

HungerBox, founded by Uttam Kumar and Sandipan Mitra, who are both experienced people of the food tech industry in the country, gives job to 200 people all over the nation. HungerBox is marketed by GrowthStory, the firm-builder platform established by serial entrepreneurs Meena Ganesh and K Ganesh.