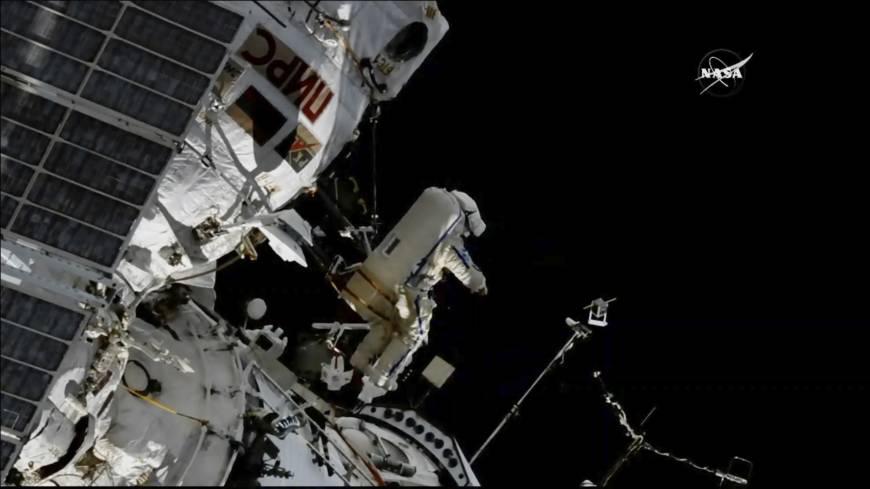 Two Russian cosmonauts accomplished an exhausting, almost 8-H spacewalk on August 15 hurling small satellites from the (ISS) International Space Station into orbit, among other undertakings. Cosmonauts Sergey Prokopyev and Oleg Artemyev appeared at 12:17 p.m. EDT from the Pirs airlock and spent 7 H and 46 Min at a job in the space. Their spacewalk started around 20 Min after its planned start.

Foremost on the assignment list was for Prokopyev to set out 4 tiny satellites by hand as the ISS traversed over North America: 2 SiriusSat space weather detectors and 2 Tanusha satellites that will examine spaceship in orbit & measure the space’s density.

Next, Prokopyev and Artemyev engaged in installing apparatus for an experiment known as ICARUS that will enable the researchers to keep an eye from space on wildlife. That process started about 1 p.m. EDT with equipment being hauled out of the docking chamber. The 2 cosmonauts attached a string of electrical cables and mounted an antennae complex.

Lastly, nearly 7 H into the spacewalk, the duo of cosmonauts gathered 2 of 4 sample plates that had been positioned on the exterior of the ISS as an element of an experiment evaluating cosmic impacts to the space station. Whereas, the other 2 sample plates are kept for a future spacewalk as the duo ran out of time on this expedition.

Moreover, the next spacewalks are planned for September 20 & 26 and will be performed by US astronauts Ricky Arnold & Drew Feustel and European astronaut Alexander Gerst. Those expeditions will concentrate on space-station maintenance work, comprising substituting power channels and batteries.