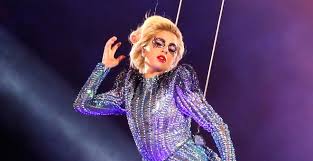 Lady Gaga’s organizers have reported that her $100m LA residency will have 2 distinct shows. The highlight will be Lady Gaga Enigma, the latest odyssey of the singer’s pop hits. A regular jazz and piano show will also be performed which will feature her songs in their stripped-down versions among other American Songbook classics.

The singer who recently called off her world tour citing health issues will make her Las Vegas debut on December 28.Ticketmaster’s pre-sale information revealed that the main show’s tickets will range from a price of $82 to $505 (premium seats).The two-residency that the star announced last year has been described by her as something that Vegas hasn’t seen before.

The concert artwork disclosed on Tuesday seems to hint at a neon-spattered futuristic setting. The star’s concerts are known for their ambitious approaches like- interlocking hydraulic platforms, animatronic monsters and more than twenty costume changes, in addition to laser lights, pyrotechnics and usual array of dancers.

European part of Gaga’s Joanne World Tour was curtailed in early 2018 because of “severe pain” which stopped her from performing live. She apologized to her fans via Twitter but added that she needed to look after herself and her health first. The 32-year-old star suffers from fibromyalgia, a long-term chronic illness that results in fatigue, difficulty concentrating and sleeping and muscle aches.

MGM Park Theatre posted initial dates of the shows which suggest that she’ll perform for one week at a time to allow herself to heal and recover before the next show. February has been left vacant suggesting that Gaga might be expecting an Oscar nomination for her act in Bradley Cooper-directed movie musical named A Star is Born premiering on August 31 at Venice Film Festival.

She’ll reportedly earn $1m for every show in the gambling capital of US. While superstars like Frank Sinatra and Elvis Presley once adorned the city, recent years have seen it reviving its image by hosting the likes of Jennifer Lopez, Britney Spears, David Guetta and Calvin Harris. Gaga has assured that she’ll span both peers and has stated that being a part of such a historical line-up of singers and performers like Tony Bennett, Frank Sinatra, Elvis Presley, Elton John, the Rat Pack, Liza Minnelli and Judy Garland is humbling.