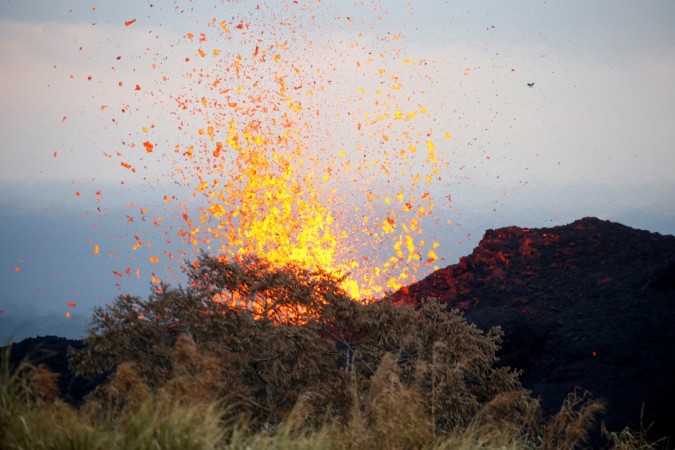 About 23 Tourists Injured In The Kilauea Lava Explosion

The Hawaii County Civil Defense Agency recently reported that a lava bomb of a basketball-size banged on the roof of a tour boat near to an active Kilauea volcano of Hawaii. This lava bomb injured about 23 tourists early Monday morning.

Officials explained the recent unpleasant incident in a Facebook post. According to the officials’ post, an explosion off the coast of Kapoho threw a number of lava bombs onto the boat called Hotspot. The post further states that about 4 passengers were taken to the hospital with the help of an ambulance.

Lava Ocean Tours is the owner of the boat. Regardless of the distressing event of Monday morning, the owner of the company along with the boat captain was continuing to lead the other tours during that day.

An ongoing volcanic eruption of Kilauea has gulped up entire communities that included about 700 homes. Also, it has reshaped large areas of the Big Island since May 3, 2018. Geologists confirmed on Friday that the flows of the lava entering the ocean had started to form a small island off of Kapoho.

On a related note, earlier past month, Lava from the Kilauea volcano had covered about 5,914 Acres of the Hawaii County. It was responsible for destroying about 467 houses. The government had opened a disaster recovery center inside the gym of a high school and two temporary accommodations to help people tackle the disaster. According to reports from the Hawaiian Volcano Observatory, the Fissure 8 in the lower east rift zone was live and it continued to stream into the ocean at Kapoho.