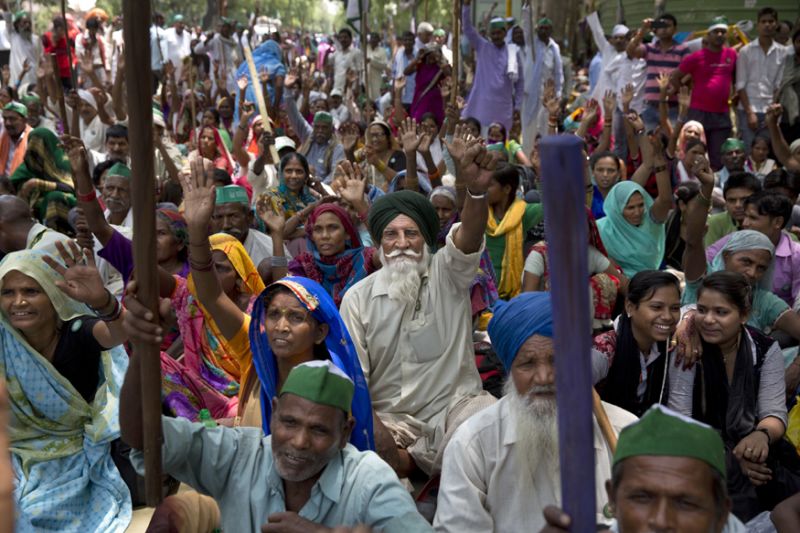 Brijest Upadhyay, General Secretary of RR affiliated Mazdoor Sangha has called out for remodeling of GST to boost the middle and small enterprises(MSME sector) and the agricultural sector, as he believes, drive the economy’s growth massively than the other sectors. He also added that GST was introduced for bringing uniformity across all sectors, but each industry have their unique characteristics and they need to be considered separately. They cannot be clubbed together under a single GST to boost the economy, as seen in the current situation. GST has not improved but deteriorated our growth.

In the rally led by India’s biggest trade union, backed by RSS against “anti-labor policies” of the Government, the protesting laborers demanded increase in number of working days from 100 to 200 per year along with social security and revision of 7th Pay Commission recommendations by providing a fixed salary of INR 24,000, thus ending contract-based labor jobs, also rehabilitation and reimbursement for adversely affected (by GST) unorganized sectors. Manmohan Singh, our former PM has also supported this view, especially by citing examples of 89,000 power looms, which were sold for a loss of 31,000 jobs in Gujarat along with other cases of industrial and market failures of the country, in the Parliament. Many worker unions have also presented a cumulative 12-point charter to Arun Jaitley, our Finance Minister, who could help address their needs and issues after the Union Budget, February 1.

Arun Jaitley, after discussing with the economists has assured that all issues and needs of the MSME sector will be addressed.

Brijesh has also added that unemployment and loss of purchasing power are two issues, which need immediate attention. The Government needs to provide subsidy and concessions to the MSME and agricultural sector to boost up the nation’s growth. Though there are no responses by the Government to this, but there are plans to introduce changes in the GST return by introducing a Finance Bill in the next budget.